A language is a tool for communication. It makes the task of an individual easy when he or she understands the language being spoken by most of the people in a given place. It is always a good idea to learn different languages as people knowing more languages than simply their own mother tongue are appreciated by businesses operating globally. You will get a preference over other candidates during the selection procedure if you are multilingual. But keep in mind that not all languages are created equal. There are some languages more popular than others. There are also more useful languages than others.

The Basis To Choose A Language For Learning

In ancient times, people chose to learn a foreign language because of their love for that language or because it was the language spoken by the people where they went for work or study. Today, the main reason why a language is chosen for learning is that it provides many opportunities for employment and promotion in the workplace. Besides career opportunities, the other important reasons for choosing a language are its use over a geographic region and the number of its speakers. For example, if English is your mother tongue, you would be tempted to learn a language like Chinese that is spoken by more than a billion people on the earth. Many people go for the French language as it is very versatile and spoken and understood by a large number of people in many countries worldwide. We are not including English in our list of popular languages as it is regarded as the universal language spoken and understood by the maximum number of people on the planet.

Chinese Mandarin is one of the most spoken languages around the world after English. It is gaining a lot of popularity among students as it gives them exciting career opportunities. One of the most important reasons to learn the Chinese language is because of the fact that China is gaining stature and gradually becoming a superpower of the world. Individuals having a good command of the Chinese language are required by companies doing business with China. Mandarin may not come naturally to you as it is a different language with thousands of characters. There is nothing to worry about as out of these 50,000 characters, you need to learn only about 2000 characters and still speak good Chinese. You will be able to deal with Chinese people once you learn Chinese Mandarin. With Chinese GDP set to go past the GDP of the U.S. shortly, it only makes sense for you to learn Chinese Mandarin.

Most of the speakers of the Spanish language are found in Central America and South America. Spanish is spoken by nearly 500 million people with a large number of countries in this region using it as a state language. If you are planning to live and work in the Americas, learning the Spanish language might be very beneficial for you. Countries in South and Central America such as Venezuela,  Mexico, Chile, Argentina, Peru, El Salvador, Nicaragua, and of course Spain will welcome you with both hands if you know and speak the Spanish language very well. There are more than 20 countries in Latin America where Spanish is spoken and very well understood. Many of these countries are hot tourist destinations. You can attend Spanish classes online and pick up the nuances of this language very quickly. You will be surprised to know that there are more than 50 million Spanish speakers inside the United States. Out of these, 35 million are having Spanish as their native language. It is expected that there will be more than 100 million Spanish speakers in the U.S. by 2050. A crucial part in the popularity of the Spanish language is played by these Spanish speakers of the country. Whatever it is, knowledge of Spanish will take you far in your career and also make you a hit socially.

Hindi is a surprise entry into one of the most popular languages of the world. One thing that goes in its favour is that it is the language of Bollywood, the biggest movie industry in the world for its sheer size and numbers. Though it is spoken by people in North and Central India, Hindi is very well understood by more than 1.5  billion people in India and some other countries in Southeast Asia such as Pakistan, Bangladesh, Nepal, Afghanistan, and Sri Lanka. You have wonderful business opportunities ahead of you if you learn this highly popular language. India is already the 5th largest economy in the world with highly skilled manpower in the IT, pharmaceutical, and healthcare industries. Hindi is a good option as a language for you if you are planning a career in the IT sector. Like Chinese, learning Hindi may not prove easy for English speakers because of a different script. But learning Hindi opens a whole new world of opportunities for you in diverse industries. 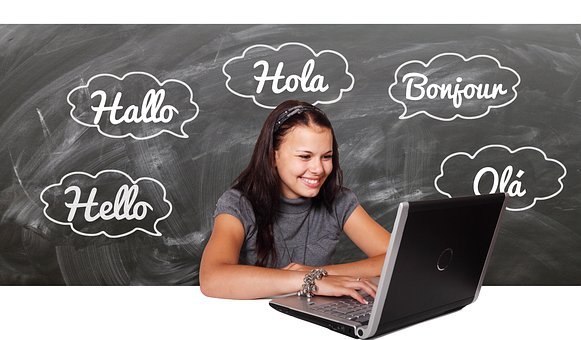 You can learn any new language depending upon your love or liking. However, some languages can bring you benefits in life and career. You can easily choose any of the languages mentioned above to gain maximum advantages in your life.

Expert Tips On How To Easily Get Rid Of Pests

What Skills are Required to Study Trading Courses in the UK?

How To Choose The Perfect Office Coffee Machine

Expert Tips On How To Easily Get Rid Of Pests