One of the questions many of us have been asked is: “what is your dream career?”

Their answers can range from ballet dancer to pop star, policeman to marine, and everything in between. You may have had similarly big ambitions throughout your life. So, how many of us go on actually to achieve these dreams? The answer is more than you might expect.

To inspire you to reach for the goals you always wanted but never thought possible, let’s look at some inspiring individuals who made their dreams a reality!

Being an astronaut has always been a popular dream job. Many people dream of jetting off into space, leaving the world behind them, and exploring the stars. However, the reality of becoming an astronaut is years of studying, exams, and yet more years of specialist training. Even after all this is completed, and they’ve won a place at NASA or another space agency, it could be months or even more years before they could actually go to space.

One budding intergalactic traveller, Massimo, said he was rejected three times by NASA before he managed to secure a place. He had wanted to be an astronaut for most of his life since 1969; the same year Buzz Aldrin landed on the moon.

Over the years, he did all he could to fulfil his dreams, including having surgery to improve his eyesight. In a 2016 interview, Massimo said he hopes to go to space again, adding, “I cannot live on this planet without thinking I’m not going to get another chance to leave it.”

Football is one of the most popular and widely viewed sports in the country. Played by billions, watched by hundreds of millions, and enjoyed by even more, it’s iconic and legendary. Many of us dream of becoming like our favourite players, but it takes a lot of hard work and dedication.

In fact, it’s so difficult to go professional that many stick to playing for fun and getting their football kicks elsewhere. This includes football betting, where money is placed on the predicted outcome of a match, tournament, or league. For those that cannot experience the rush of the pitch firsthand, betting adds something to the regular matchday experience.

A great example of a player that overcame all odds to succeed is Rivaldo. It’s reported he came from such an impoverished background that he suffered from malnutrition, which resulted in his teeth falling out, his bodyweight decreasing to unhealthy levels, and his legs bowing. During his career, he was considered one of the best players of his generation and one of the best in the world. 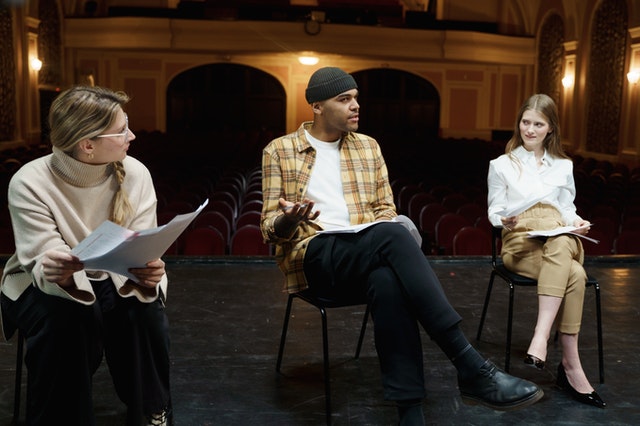 Glitz, glamour, and the celebrity lifestyle — being an actor is one of the most prized professions in the world. Millions of people harbour dreams of being on the silver screen or performing on Broadway or similar. For many, stardom is difficult to achieve; for others, it can happen by chance. But one of the most impressive success stories has to be that of actress and TV host, Oprah Winfrey.

Today, Winfrey is worth more than £2.5 billion due to her entrepreneurial skills and the way she revolutionized daytime television. She was born to a single mother in a disadvantaged and rural part of Mississippi. By luck, she landed a job on a radio station while still at school, and by 19, she was co-anchoring the local TV news station. Since then, she has gone on to win countless awards, including Tonys, Emmys, and Oscars, amongst many others.

Of course, countless other rags-to-riches stories are out there to inspire you. Many of them demonstrate that dreams are possible to achieve, even under difficult circumstances, with hard work and perseverance.

The Benefits of Starting a Career in London

What Are The Benefits of a Career in Teaching?