Managing a farm in the middle of this era is a pretty intense challenge. Not only are massive corporations taking over agriculture and using unethical practices to lower their costs and force you to join them or be priced out of the market, but the world’s soil has never been in a more precarious situation. Farmers everywhere are looking for ways to help improve their businesses while still providing people with healthy and nutritious foods. The following will explore just a few of the things you can do to start saving time and money while also keeping your business running ethically.

The earth is losing somewhere around 23 billion tons of fertile soil each year, meaning fertile soil is on its way to becoming a scarce commodity. Practices like no-till farming can help restore and build up organic matter in the soil, which encourages soil fertility. Deforestation, burning, synthetic fertilizers, and other toxins are just a few of the things damaging soil fertility in addition to soil tilling. This is because tilling loosens and removes the plant matter that covers the soil, resulting in bare soil. Bare soil (especially if it’s deficient in rich organic matter) is far more likely to be eroded by wind and water. The less soil is disturbed, the more it acts like a sponge holding particles together, but also absorbing water and nutrients. As well, disturbing the soil means the deaths of millions of microbes and insects that are integral to the health of a soil’s biology. Long-term tillage turns healthy soil into lifeless soil that requires more and more chemicals to produce life (resulting in you spending more money on chemicals).

No-till farming has been around at least as far back as 10,000 years ago, and it’s slowly becoming popular among farmers today. It leaves the soil intact and protects the soil by allowing crop residue to reside on the surface. It slows the process of evaporation, which results in better absorption of rainwater, but also an increase in the efficiency of irrigation which, in the end, produces higher yields. No-till farming also protects the soil’s biome meaning the nutrient density of crops is improved. As a bonus, no-till farming means the farmer doesn’t have to complete the tilling step, saving time and money on fuel for the tilling process. Think about it; if you spend $2.05 per gallon of off-road diesel fuel and are farming 1,000 acres, switching to no-till means saving 4,160 gallons of fuel and saving more than $8500 every year.

In a broad sense, cover crops are any plants included in the farm that are not cash crops. They tend to be crops that work well with the primary cash crop and help increase the soil’s organic matter and fertility, reduce erosion, improve soil structure, promote water infiltration, limit pests, and reduce the risk of disease outbreaks. All of these benefits can help increase crop yield, resulting in more money and higher quality products for the same amount of work.

Prior to the herbicide rage that took off in the 1950s, cover crops were a common part of farming. Now that people are growing aware of the problems with soil and the reliance on chemicals, cover crops are coming back in style. To help you select which crops would work well as a cover for your cash crops, numerous publications have sprung up. 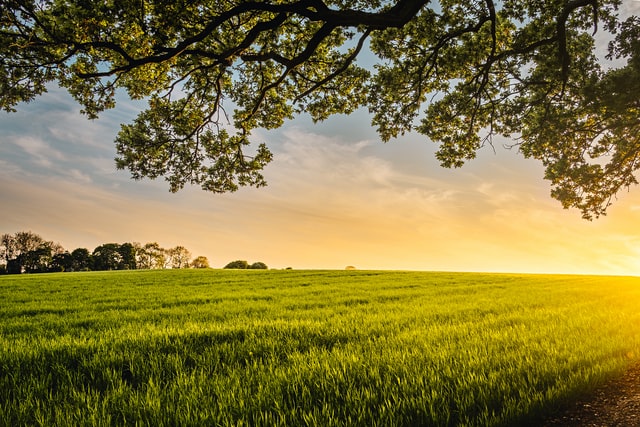 Open Yourself Up To Artificial Intelligence

Don’t think that just because agriculture is one of the world’s older professions, it’s not going to be drastically impacted by current and emerging technologies. In 2019, the agricultural AI market was valued at $519 million and was projected to reach $2.6 billion as of 2025. Like most industries, getting a grip on the role that AI can play can only help you enter the new intelligent era. Whether you want to adopt AI for each part of your work or not, you still need to understand what your competitors are doing, and you can bet that some are going to be all too eager to work with artificial intelligence.

People are experimenting with using AI for pest control, for disease study, optimizing locations for planting based on erosion, rainfall, soil quality and temperature, weed control, and many other aspects of agriculture, including predicting weather patterns, pest infestations, and soil erosion. Moreover, soil analysis is expected to be of the utmost importance moving forward not only for sustainable farming practices but also to help mitigate the changes to rainfall that a few degrees difference from a warmer planet can make. AI can conduct soil analysis quickly and efficiently, allowing agricultural professionals to respond to changes in their soil.

Packaging can take a fair bit of time if you’re not careful. It can also result in limp produce and discoloured foods if done improperly, meaning far fewer people are going to want to purchase your product. Industry leaders in packaging automation recommend seeking out a system that keeps your costs and packaging as uniform as possible. Open yourself up to automated systems as well as materials that help lower costs and preserve freshness.

Depending on your circumstances, you might want to explore some alternatives to typical packaging materials during this step. Given the speed at which the zero waste trend is exploding, it might not be too long before the majority of customers desire biodegradable packaging that can be composed. You can avoid the sudden expense of needing to switch everything over when your sales plummet and, instead, begin the process now, making smaller changes in a cost-efficient manner so that you’re ready for when this trend takes over.

The above tips should help you lower costs associated with soil erosion, soil depletion, evaporation, fuel, and other problems. Agriculture is one of humanity’s greatest accomplishments, and if those who know the land and understand what is happening to the soil act in accordance with their knowledge, it will continue to be great.

Female Diversity and Inclusion in the Tech Industry

Back to Leadership Basics: The Hedgehog Principle

How to Advertise Your Business Better and Reach More People

12 Tips On How To Conduct an Effective Online Meeting

The Best Way to Build Your Career While Still in School